Are Carbs Bad For You?

For a long time, FAT was the enemy. Now it’s Carbs! So… ARE carbs bad for you? Are low carb diets the best strategy for long term health and longevity?

Low carb and Keto diets are the rage. But what does the science and the evidence say? There’s been a ton of research on this, including large studies and even meta studies. Read on to get the latest science on carbs, so you can base your nutritional decisions on evidence instead of sensational social media claims.

Listen to the podcast here, it’s longer and has more detail about the scientific studies:

Important links shared in this episode:
https://dirobi.com/pages/pro
Direct link to download podcast episode, click here.
For scientific references, see links at the end of the post.

My Personal 8 Month Experiment with a Low Carb Diet

In 2012 I had set a goal to qualify for the National Championships in Olympic distance triathlon, which was no easy thing. I had to win a race in a qualifying event, for one thing, then I worked my butt off to be able to compete against the nations best 2000 triathletes and not embarrass myself.

I was interested in low carb eating at the time, and I bought a low carb training program specifically for triathletes. I followed it religiously, and I had a great year! I won or medalled in 6 of the 10 events I entered, and I finished the National Championships in about 2 hours 25 minutes, and in the top 25% of all competitors. That was cool, because I was one of the older racers, 46 years old.

But, when the season was over I was BEAT, and not just from working out. I was having trouble sleeping, and I just didn’t feel as good as you would think somebody who was really fit would feel. And from a blood test I found out my hormones were whacked.

I introduced carbs back into my diet and over the next few months I recovered and felt a lot better. Basically, I started eating normally again and life got easier, I didn’t feel so restricted, and my blood tests improved as well. 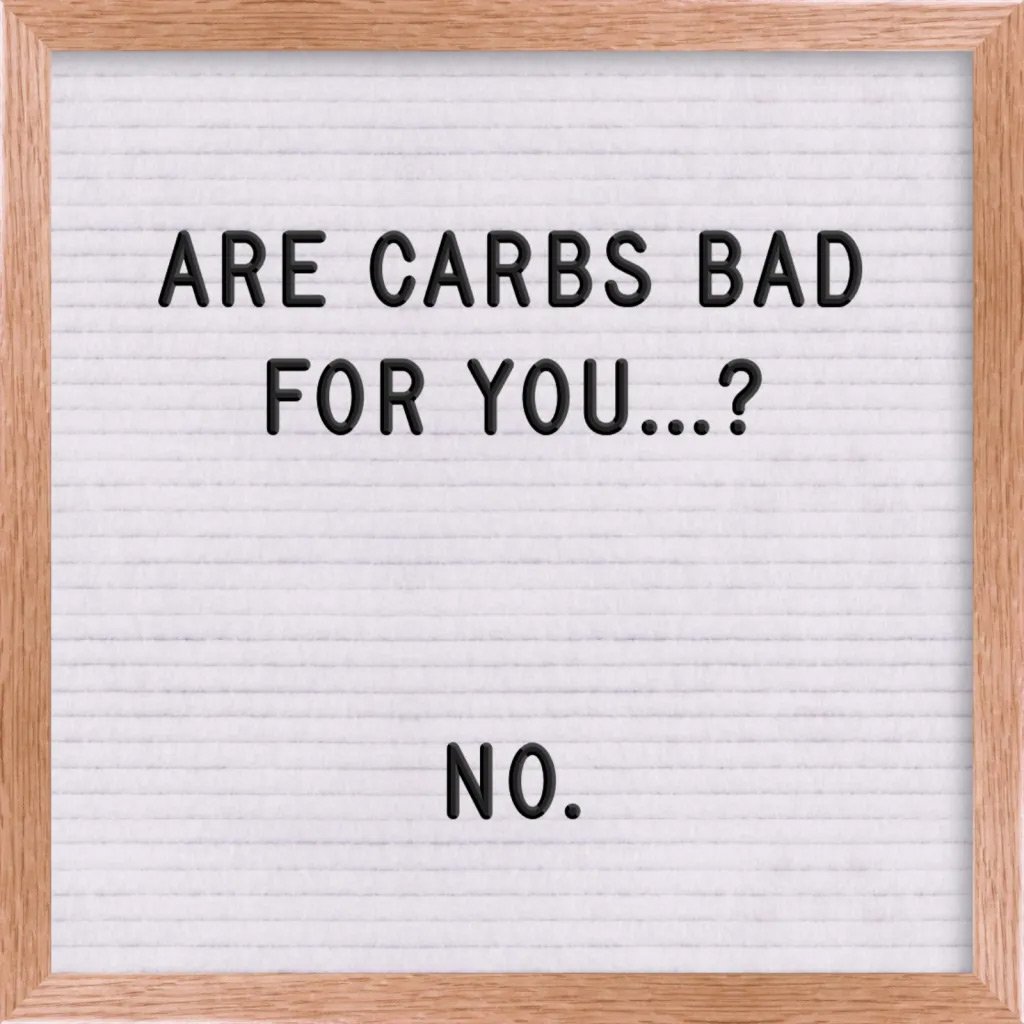 So, while I initially had success on a low carb diet, I found that over time the effects for me were negative and I had to make a change.

So what does the science say?

First of all, this subject is not something that is new or that scientists are just beginning to learn about. There are numerous studies, and even meta studies on the effects of low carb diets, especially as a weight loss method. (1)

Also, low carb diets have been studied in comparison to other diets, and found to be no more effective. (2)

In 2017 a meta-study was conducted on 32 controlled feeding studies. To ensure the validity of these studies, the participants were actually provided ALL of their food, with differing amounts of carbs, proteins, and fats, so the results were as accurate as possible. The foods provided had equal amounts of calories and protein, but differed in carbs and fat.

The results actually favored the low fat diet, but the fat loss difference was so small as to be physiologically meaningless.

If you really want to explore this for yourself, there is a link on the website to research done by examine.com with 17 links to the most significant studies regarding this. I doubt any reasonable person could read it and not be convinced of the argument that low carb diets just aren’t superior to other types of diets.

But why is this? The advocates of Keto and other low carb diets are losing weight, feeling terrific, and in some cases have overcome debilitating conditions. So what gives?

To be in ketosis, you can’t drink soda pop, candy, chocolate, or bread. Or a banana. And in my opinion, that’s where the problem lies.

Precision Nutrition has a great article about the quote “named diets” that I will link to in the show notes. It’s called “Paleo, vegan, intermittent fasting… Here’s how to choose the absolute best diet for you.”

It’s by Dr. John Berardi, PhD. I highly recommend you read the article, but I am going to quote a few paragraphs here for you:

“A while back, I did a short media blitz in Toronto, appearing on three TV networks and speaking with 13 print journalists in a single day.

While the journalists’ questions ranged from health and weight loss to sports nutrition, one particular theme kept emerging. They wanted to know which “nutrition camp” I belong to.
From one award-winning journalist:
“I’ve visited your website and I’m still not sure: do you guys believe in ‘paleo’? Or do you believe in the standard ‘RD stuff’?”
From a TV broadcaster (on air, no less):
“Your coaching program sounds great. But, if I were to sign up for it, would I have to cut out all my carbs?”
From a production assistant on a TV program:
“I have a friend who’s vegan and she’s super healthy. I’m thinking of trying it…what do you think?”
In that one day I received at least a dozen questions like this, all of which essentially ask the same thing:
What’s the “best diet” for people to follow?
After answering the same questions over and over again I started to get annoyed. Not at the journalists, mind you. But at myself. Because even after years of the same question, I haven’t yet come up with a pithy, one-liner response.
I simply don’t fall into a single “diet camp”. And that confuses the hell out of people, since the human brain likes easy categorization.
“But … but … I need to fit you into one of these nice little nutrition boxes.”
If I could help people stick me and Precision Nutrition into the right nutrition box, I would. Believe me, it’d make things a lot easier.
But I just can’t do it.
Here’s why: I don’t believe there’s a single, absolutely, positively, without-a-doubt best diet for every person to follow, always, and forever.
Spend enough time actually working with clients — like we do every day — and you’ll probably start to feel the same way too.
Think about this: Our coaching program has been tested with over 100,000 clients in 100 different countries. (Plus it’s been validated in several peer-reviewed scientific studies).
You can imagine the diversity.
You get the picture.
There’s simply no way we’d be able to help all those folks make incremental improvements in their eating if we were militant about a single nutrition paradigm.

End of quote.He goes on to explain why the best nutrition coaches do not subscribe to a single nutritional philosophy.

There is a fascinating episode on my podcast with blogger Lauren Stewart, about the Blue Zones. Those are the 4 areas of the world where people enjoy the best health and longest life spans of any other people.

And they all differ significantly from each other!

One is in California, another in Japan, one in Greece, and another in Russia. And as you can imagine, the nutritional differences are vast. If there was “one best diet” then it wouldn’t be possible for the four healthiest areas of the world to be so significantly different from each other.

Back to Dr. Berardi, he says that the reasons any of the named diets work, including Keto and low carb, is because of the following five similarities:

1. They raise nutrition awareness and attention. Simply paying attention to what you are eating is a key factor to improved health.
2. They focus on food quality. People following almost any named diet try to eat higher quality meats and plant based foods than those on the SAD diet.
3. They help eliminate deficiencies. By shifting from factory foods to farm foods, they get more phytonutrients and zoo-chemicals, and healthier macros as well.
4. They control their appetite and food intake better.
5. They all promote a healthy lifestyle and exercise.

So, in the end it’s best to simply go for a healthy diet and lifestyle, eating higher quality farm foods, less junk food, and a healthy mix of proteins, fats and carbs.

One last story. Dr. Spencer Nadolsky was a huge low carb advocate. He recommended it to everybody who would listen to him, and he did interviews on podcasts and created a blog about low carb eating.

Then he took up a new sport, and his coach asked him to try eating more carbs. To his amazement, his bodyweight remained the same, but his performance and energy went through the roof.(7)  This is a common thing among low carb enthusiasts who are willing to conduct personal experiments.

And for those of you who want to adopt sane, easy health habits that don’t require strict eating guidelines, make sure and check out our Transformation Packs here: