Global Nutrient Deficiency? For years nutritionists and scientists have worried that food quality is declining, and that crops don’t have the same nutritional value that they used to.

Now the science is in, and both scientists and nutritionists understand what the global rise in CO2 is having on crops.

Check out the surprising science behind what’s happening to our crops, and how you can make sure and protect yourself and your family from nutrient poor food crops.

For years people have said that food is losing it’s nutritional value. Often the blame is placed on demineralized soil, or over use of pesticides and chemical farming.

But skeptical scientists have maintained that if the minerals aren’t present in the soil, the crops simply can’t grow.

Listen to the podcast here…

Yet we all have this impression that the food just isn’t as good as it used to be. And there are definitely some alarming statistics that bear this out:

Factoid: Our bodies can’t make minerals, we have to get them from food (or supplements).

While studying for his PhD in math at Arizona State, he bumped into an interesting challenge in a biology lab.

Researchers had been studying zooplankton and ways to create more Zooplankton, which is a very important food in the ocean and, a critical part of the ecosystem. Zooplankton eat algae.

The biologists were trying to figure out how to help the algae grow faster and they discovered that if they simply added more light to the algae that it grew faster. They were pretty excited by the result at first, but over time the zooplankton did not grow as well.

As a matter of fact, it starts struggling to survive on this algae that grew super fast. And what they discovered is when it grew faster, it was less nutrient dense. So it wasn’t that there was more of the exact same type of food; essentially they had turned the algae into a junk food, so it grew fast, but did not have the nutrients and the zooplankton could not survive on it. 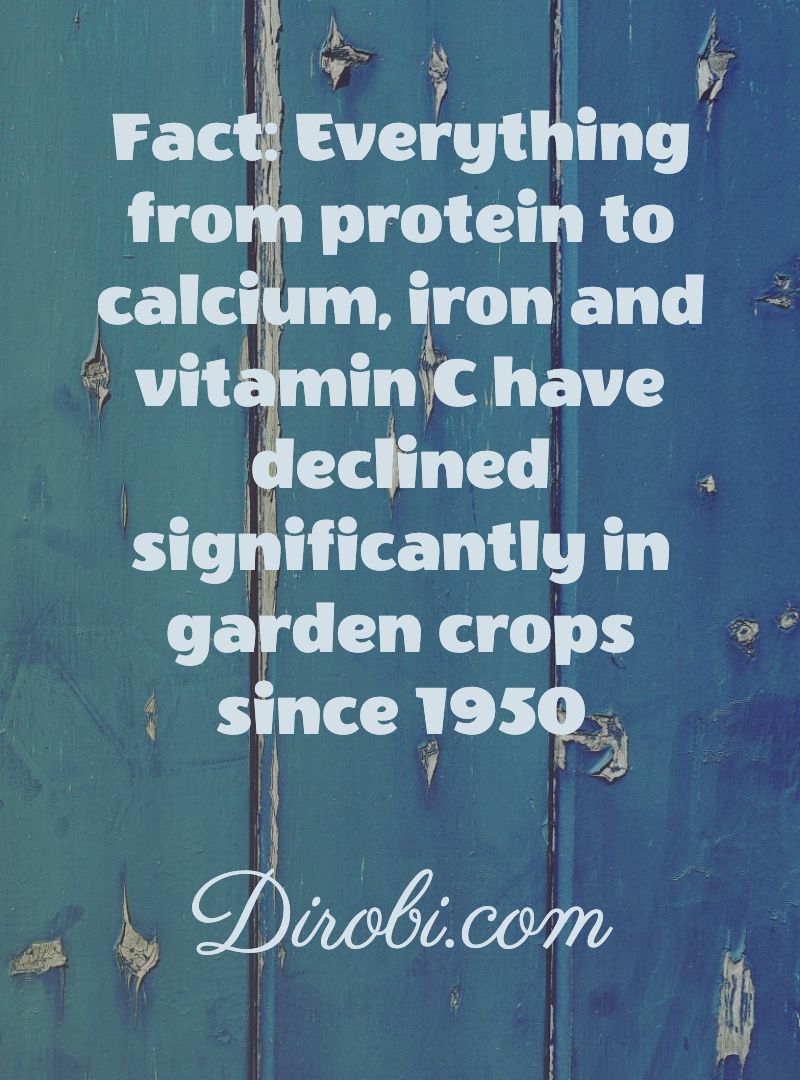 He wondered what was going on here and he took it on as a math problem. He wondered how far this problem extended.


Now, one of the things we know is that CO2 is rising and interestingly that’s what plants need to survive. So plants should be healthier. But what’s happening is plants are actually measurably less healthy, with less nutrients than they had 50 years ago and a hundred years ago.

So in 2002, Loladze hypothesized that rising levels of carbon dioxide could lower the concentrations of minerals essential for humans in nutrition, especially zinc, iron, magnesium and other minerals.

He published his Meta analysis in 2014 and at first it was met with a lot of skepticism. A lot of nutritional experts did not believe it. A lot of scientists didn’t believe it, but over time it’s becoming accepted. The theory has been tested by others and proven.

This material’s now been been documented in Science, Nature, Politico, and international media outlets. 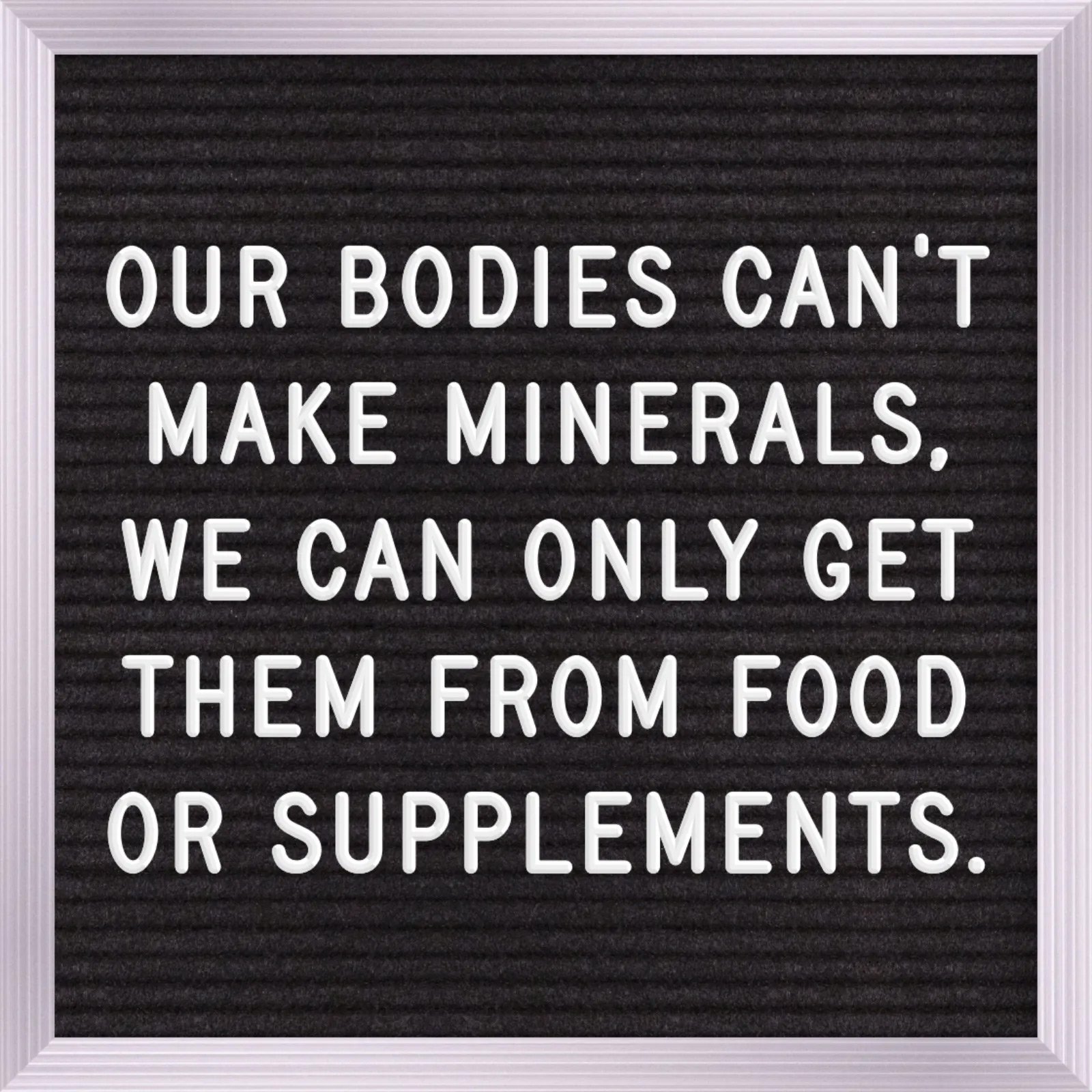 As a matter of fact, in 2004 there was another study that backs all this up. There was a landmark study of fruits and vegetables that found that everything from protein to calcium, iron and vitamin C had declined significantly across most garden crops since 1950 that’s in the United States.

Plants need carbon dioxide to live just the same way humans need oxygen. And as as mentioned, it’s not up for debate that the level of C02 in the atmosphere is rising. We know that before the industrial revolution, the earths atmosphere had about 280 parts per million of CO2, and last year we crossed 400 parts per million and they predict that will reach 550 parts per million within the next 50 years.

Rising C02 revs up photosynthesis. So it helps the plants to turn sunlight into food and it makes them grow. The problem is they’re growing with too many carbohydrates and not enough protein protein. So there’s more glucose in the plants at the expense of nutrients we depend on like protein, iron, and zinc, as well as other minerals.


The Drop In the Nutritional Value of Our Food Is Happening Now.

In the politico article, they talk about how they reached out to other nutrition experts in 2017 about this research. One of the things they were shocked to find out is that almost no one knew anything about it. They went to their top nutritional experts and they said that these people were almost universally perplexed and asked to see the research. 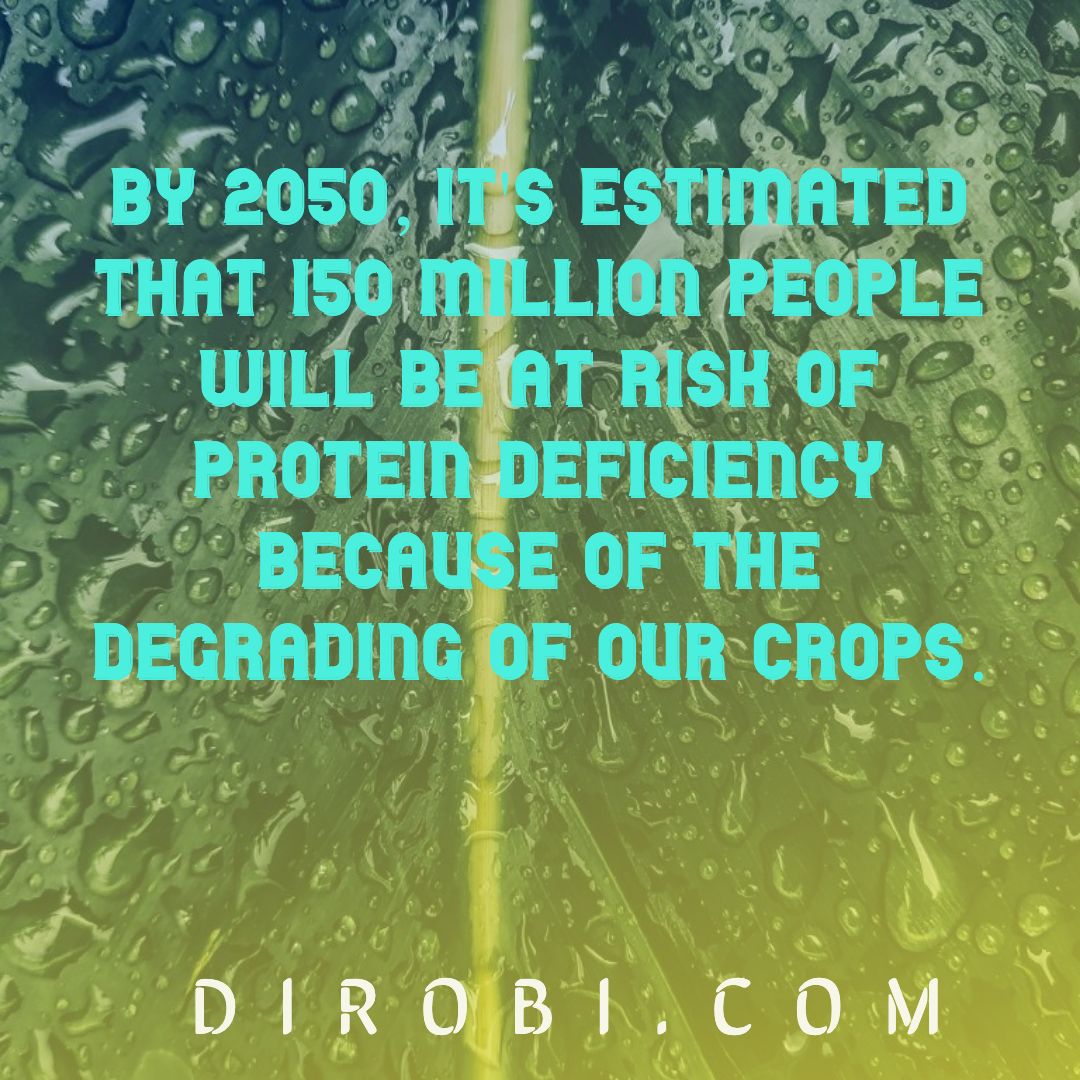 How These Nutritional Deficiencies Will Harm the Developing World

Plants are a crucial source of protein for people in the developing world. We have other sources of protein in first world countries, but in third world countries, this could have the biggest impact. By 2050, they estimate that 150 million people will be at risk of protein deficiency because of this problem.

In countries like India and Bangladesh, they’ve found that the loss of zinc is already putting people at risk. And that 138 million more people will be at risk by 2050. They also estimate that more than a billion mothers and 354 million children live in countries where iron deficiency is projected to drop significantly causing major problems with anemia.

Part of the problem with this research is that we have meddled so much with the foods that we grow. We’ve done tons of work to come up with the best and fastest growing seeds and crops, and what we grow today is very different from what it used to be.

Listen to the podcast recording of this content here:


How The Smithsonian Has Helped Figure This Out.

But one of the interesting studies that was done to prove this concept is taking place in the Smithsonian where they have been collecting golden rod, a wild growing plant that bees need for pollination. The Smithsonian has a collection of wild Goldenrod dating back to 1842 in its historical archive and they allowed researchers to study it to see what has changed.

A researcher by the name of Lewis Ziska and his colleagues had a chance to figure out how that one plant, which is a wild plant that hasn’t been tampered with, might have changed.

This is also interesting because we know that our bee population is declining like crazy and they are still not exactly sure why we’re losing so many bees. So they went ahead and studied the Goldenrod of today, compared it to the Goldenrod of 1842 and found that it has declined by a third in its protein content since 1842. It’s almost a completely different plant. And so this now looks like it is the answer to why foods are not as nutritious as they used to be.

Samuel Myers is a doctor turned climate researcher who’s become an expert in this. In 2014, he published a very large study in the journal Nature that looked at key crops, grown in several sites in Japan, Australia and the United States. He found that those crops had for sure dropped in their protein, iron and zinc content. Again, these things are vital. Our body doesn’t make them. We only get them from food.

This theory that started in 2002 has now been studied by multiple scientists across 130 varieties of plants.

More than 15,000 samples have been collected. And overall they found that the concentrations of calcium, magnesium, potassium, zinc, and iron are all dropping. The ratio of carbohydrate to minerals is going up. The ratio of carbs to protein is going up and essentially our natural food, our fruits and vegetables, are becoming junk food over time.

1. It’s now even more important to get your 5-9 fruits and veggies every day! The average American gets 2-3, and mostly from carrots, potatoes, and corn. Kind of junky crops.

What People are saying about Mimi’s Miracle Minerals…

Mimi’s minerals are that added benefit that just top off my vitamin regimen. My nails and hair are stronger and grow faster. I also give them to my children daily. They also help with my irritable stomach. -Erin Peck

“For years I drank filtered water from my home system. And always felt thirsty no matter how much I drank. After trying these drops in my water. I noticed an immediate difference. My thirst was gone. My hair had been falling out with no regrowth, now it’s growing again. My kids drink it in their water and they never complain. They ask for it. This company is the only one on the market that you can buy a bigger bottle and its slightly cheaper. Happy I found this company’s product.” -Melissa Tackett
Research referenced in this article:

Credit Helena Bottemiller Evich and her excellent article in Politico.