What do you want to be when you grow up?
We heard this question at least 50 times by the time we were old enough to tie our shoes.

Who am I?  Where did I come from?  How big is the universe?  How soon can I become a doctor?

These are the questions Kris Verburgh asked himself by the time he finished Kindergarten.

*Listen to my amazing interview with Kris here*

Why?  “Because we cannot cure Alzheimer’s disease, heart disease, or stroke.  And we cannot undo the damage caused by them.  We cannot even cure a simple common cold.”

While Dr. Verburgh looks like a younger version of the lead guitarist in Weezer, his inquisitive mind has always set him apart from the average overachiever.  He is the Chuck Norris of overachievers.

“I was always asking questions, and always looking for answers,” admits Dr. V.  By the time he was 16, he had already written and published his first book about the wonders of the universe, a topic that has always intrigued him. 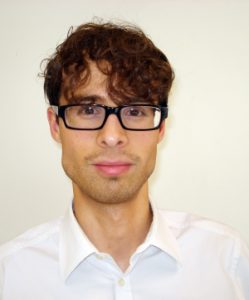 “Science makes you humble.  If you look at how big the universe is, there are over 300 billion stars in our galaxy, and there are hundreds of billions of galaxies in the visible universe.  Many of them will probably have life.” (7:29)

By age 28, he had finished writing his third book.

You would think that accomplishing so much in such a short amount of time would be cause for self-celebration, but Dr. Verburgh thinks otherwise.  He labels himself “small” in the universal scheme of things, considering his work and findings to be but a glimmer of light when compared to the vast potential of knowledge and truth.

A few “ah-ha” moments from our interview:

*All life has DNA, including bacteria.  “It is very likely that other species (no matter how simple) have consciousness just as humans and animals do.”  (8:30)

*Knowing our commonalities with other forms of life helps us treat them with greater respect.

The Hallmarks of Aging

The past few years have seen Dr. V dialing in on creating a diet that promotes longevity and developing supplements that are specific to anti-aging.  He and his team brought their individual skills together to create a simple plan, called the Novos program.  (Check it out at Novos.com)(10:15)

He explained 9 of the main causes of aging in simple terms:

1.  Epigenetic Dysregulation.  Epigenomes are chemical compounds that determine which of our genes are switched on or off, tells them what to do and when to do it.  Changes in the DNA based on our epigenomic activity are actually passed on to our children!  The older we get, this system of checks and balances breaks down, and sometimes allows our negative genes to be turned on inadvertently.  Examples include “pro tumor” genes, “pro inflammation” genes, or the turning off of “housekeeping” or “maintenance” genes that are crucial to DNA repair.

2.  DNA Damage.  Poor diet, ultraviolet and ionizing radiation, and heavy metals and chemicals in the environment all contribute to damaging our DNA. 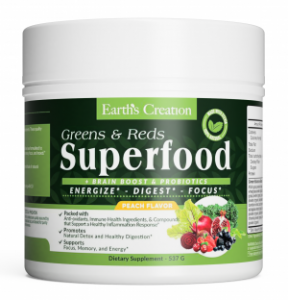 3.  Telomere Shortening.  DNA telomeres can often predict lifespan and quality of life.  Telomeres are like the plastic ends on shoelaces–they protect the laces from fraying and tangling.  DNA telomeres protect the ends of chromosomes, helping to prevent them from fraying each time a cell divides.  As we age, this process becomes less efficient, with the telomere becoming shorter and shorter with each new division.  Slowing down the telomere reduction includes behaviors such as getting enough sleep, exercising regularly, eating healthy, reducing stress, consuming large amounts of vitamin C and polyphenols, and cutting out smoking and alcohol consumption.

4.  Protein Accumulation. Because proteins are both the building blocks and workhorses of our cells, they carry out most of the functions of each cell.

“When we get older, these proteins begin to recycle in an erroneous way and start to accumulate inside and outside of our cells, which contributes to aging.”

Alzheimers, in fact, is an accumulation of proteins inside and outside of our brain cells.  “Eventually the brain cells get suffocated by their own protein and begin to die off,” says Dr. V.  (14:45)

5.  Mitochondrial Dysfunction.  The mighty mitochondria are the power houses of each of our cells. As we age, the mitochondria begin to decline, leading to fatigue and disease.   As a result,  the cells cannot maintain themselves properly. (16:00)

7.  Insulin Resistance.  Glucose has to be processed quickly by the cells, requiring the pancreas to produce massive amounts of insulin.  When this process declines with age, glucose cannot enter the cells as easily, so it builds up in the blood.  This condition eventually leads to Type 2 Diabetes.

8.  Stem Cell Depletion.  Found commonly in our bone marrow, stem cells divide and reproduce to create new blood cells.  These cells eventually repair damaged or lost ones all over our bodies.

9.  Cross-Linking.   Chemical changes in the body happen gradually as proteins, structural molecules,  and DNA develop bonds that result in alteration of the normal biological functions of the cells.  Cross-links are associated with loss of elasticity of the skin and muscles, stiffening of blood vessel walls, delayed wound healing, reduced joint mobility, and changes in the lens of the eyes.

“If we understand why we age, we can better act on it.  If we go to the root causes of most diseases, which are caused by aging, we reduce the risk of all diseases at the same time.” (19:00)

Dr. V uses the example of exercise, which increases oxygenation of cells, and its health benefits.

*Eat less sugar.  Cut out soda and sugary sweets.  Dark chocolate with nuts or some fruit can be a great alternative to junk food.

*Starchy foods such as bread, potatoes, rice and pasta act as sugars in the body.  “Replace these with more vegetables, mushrooms, and legumes.” These healthier choices reduce insulin responses which cause aging.

Where Do Supplements Fit In?

Because the food we buy in our grocery stores is not as healthy as it used to be, the inside aisles are filled with boxes and cans filled with processed grains, fruits and vegetables that include chemicals we can’t even pronounce.  Only a very small percentage of these foods will not raise insulin levels and contribute to aging.  It’s getting harder and harder to eat “young”!

*Blood testing done biannually can measure cholesterol levels, and inflammation factors, and can determine nutrition deficiencies.  Many blood tests often overlook micro-deficiencies such as magnesium, iodine, calcium, and potassium.  (B12’s and potassium almost always show as “normal” on blood tests whether they are adequate or too low, for instance.)

“In order to avoid faulty blood tests, I make sure I’m not deficient in anything by taking extra potassium, magnesium, and calcium,” says Dr. Verburgh.

*Some supplements must be taken at different times during the day or evening to avoid counteracting against one another, such as magnesium and zinc.  (36:00)  Calcium can also inhibit iron absorption.

“Even if you eat super healthy, it’s almost impossible to get all the micronutrients you need.”

“Our bodies are not made to absorb everything properly, and deficiencies in micronutrients can cause brain fog, fatigue, and poor focus.”

*Micronutrients such as potassium, iodine, and magnesium are deficient in modern diets, and must be supplemented.

*Sunflower seeds, flax, almonds or hazelnuts are the best way to consume enough vitamin E.  (Supplemental vitamin E is usually not bioavailable to our bodies.)

Dr. Verburgh’s research on longevity has led to the development of a supplement containing 12 vital ingredients that counteract aging.  Novolabs.com, his science-based company devoted to anti-aging,  has developed a complete regimen for longevity, and another for more every-day nutrition and supplementation.  “Most supplements don’t address aging, and they still highlight antioxidants for anti-aging as their main ingredient.  These supplements have very little science to back them up.”

The consensus about longevity and life extension led his team to come to the 12-ingredient solution.  The top authorities on aging and brain health around the world have all contributed to Dr. V’s quest for the best anti-aging weapons. The ingredients are “top-notch” and sourced for their purity according to the highest GMP standards.   While Novos is a U.S. based venture, the company distributes worldwide.