If you ask most people if they want to live to be over 100, most people will say “No Way.”

The very thought of having to deal with health issues, life problems, and old age is just too much for most people to consider living with for more than 80 or 85 years. Add in the fact that 7 out of 10 Americans believe in an afterlife, and we are left with a population that is content with eventual death…or at least not living in denial that a day will come when we no longer inhabit this rock called Earth.

It’s not surprising that almost 100% of Americans, (or earthlings everywhere on the globe) would prefer to live a long, healthy life, free of aging issues such as dementia, diabetes, and cancer.

It All Began With a Men’s Health Magazine…

Chris Mirabile, co-founder of NOVOS, the first and only company that addresses human aging by targeting the 9 Mechanisms of Aging, started getting interested in health when he was only 12 years old. “After seeing a Men’s Health magazine, I wanted to be in good shape to differentiate myself from the other guys in class to attract some of the girls.” Chris is clearly an open book!

Fast forward 4 more years while Chris was on a high school trip to New York City, and he suddenly felt dizzy and nauseous.

“I ended up having a seizure which was caused by a brain tumor. They had to do emergency surgery a few days later and it was larger than a golf ball.”

Chris was lucky. Now he jokes that he has half a brain, which is partly true. 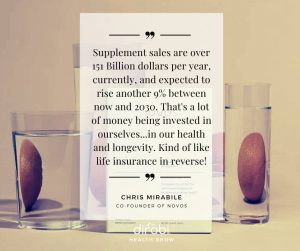 It was at this hinge point that Chris became a living sponge for all things health related. He wanted to know everything about health…his own, for others, and for future reference.

*What makes us healthy, and what causes disease?

*Why did I get a brain tumor, and not my classmates?

*How do my genes determine the chances of getting cancer?

“I found out that there were nucleotide polymorphisms, or differences in my genes compared to others that increase the likelihood of a brain tumor…not by an enormous amount, but by about 20%.” It was enough to make a difference.

This discovery led Chris on a journey that changed the whole trajectory of his life. He morphed from a former competitive football player/brain tumor survivor into a successful entrepreneur with a mission.

It’s clear that Chris used his personal brush with his own mortality in deciding what kind of business he wanted to launch. He worked with the world’s top experts in the aging field from Harvard, MIT, and other global universities, to produce what he and his team believe are the best longevity supplements on the market for those interested in slowing aging and optimal health.

*Cancer, heart disease, macular degeneration, dementia, Alzheimer’s, and Parkinson’s are just a few of the health problems caused by aging as their primary source.

In case you haven’t heard yet, we all have 2 different ages: Biological (cellular) and Chronological (# of candles on our cake each year). All of our cells will more or less age more slowly, equal to, or faster than our chronological age based on our DNA, lifestyles and habits.

Chris has begun a new blog called SlowMyAge.com that keeps followers up-to-date on all things anti-aging.

*Educating readers about biological and chronological age inspires the older folks and younger alike. All ages need to be empowered as to how to live for longevity. (6:10)

*Chronological age is how many years, months and days you’ve been on Earth, while biological age measures epigenomes, or patterns of DNA activity that determine health and disease.

*Chris’s biologic age is 25.6 even though he is 38 years old chronologically. 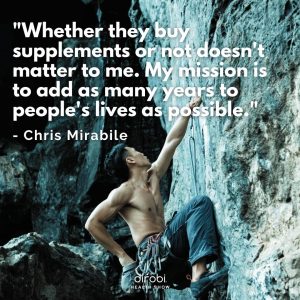 So what’s the secret to slowing down the aging process?

Thanks to a collaborative effort between scientists at Colombia and Duke universities, the process of aging has been tracked in an exclusive group of individuals for over 45 years now. Measuring and quantifying changes in the pace of biological aging are recorded using the DunedinPACE Clock, which doesn’t look like a typical analog or digital watch. The DP clock is really a blood test that measures DNA wear and tear, and tracks the disability and mortality of those who are tested.

*Measurements are recorded based on disease rates, lifestyles and other contributing factors.

*DNA aging can be slowed by eating a healthy diet, reducing stress, supplementation, and getting adequate sleep. (10:25)

About a decade ago, Chris decided to experiment with diets that showed promise in the health world: Paleo and Ketogenic. “Neither one of them really worked particularly well for me,” says Chris.

*Loss of energy and libido is associated with Keto diets.

*Minimal dairy intake is encouraged because some components of dairy actually accelerate aging, such as galactose.

**Looking for something to add to your diet that improves digestion, bloating and stomach pain? Eat Anything RX® is designed to do the heavy lifting of digestion, allowing you to eat the things you love again! Click here for Eat Anything RX®** 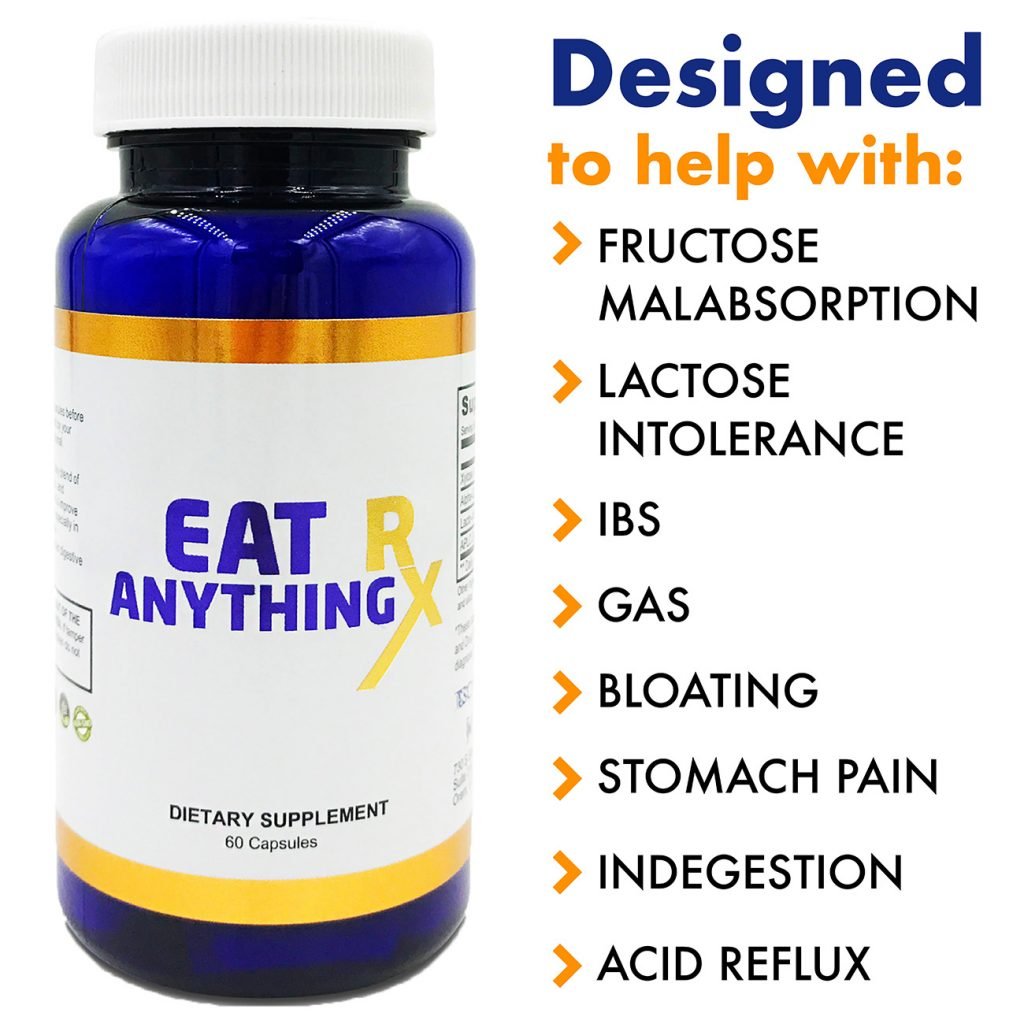 Is is possible to reverse aging with fitness? Can too much exercise cause progressive aging? The answer to these questions may surprise you.

*Moderate exercise can strengthen without over-stressing the body.

*Younger, healthier individuals should challenge themselves 5-6 days per week, including weight and cardio training. Healthy, older people should include progressive workouts based on their ability and limitations. Exercise is not just for the young! 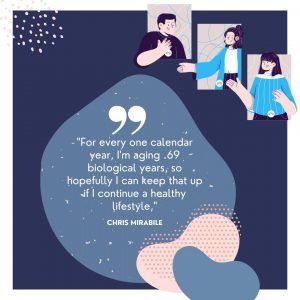 While about 60% of Americans over 20 are using supplements each day, many are still deficient in some vitamins and minerals not found in those little bottles. NovosLabs supplements take nutrition to a whole new level! Chris credits NovosLabs with producing the best longevity supplements on the market for those interested in slowing aging and optimal health.

*Getting a yearly blood test will reveal deficiencies in your body, or confirm your current health routine. (21:10)

*Choline, for example, is a mineral that most people are deficient in. Choline supports memory, muscle, and nerve function in our bodies, and is usually not found in over-the-counter supplements.

*NovosCore, the flagship product of NovosLabs, is composed of 12 ingredients that address what’s known as the 9 mechanisms, or hallmarks of aging. This product is beneficial to the old and young alike.

*More than 190 research studies support the decisions to include each ingredient. NovosCore tests have shown a 77% reduction in DNA damage at max, and on average by 68%. (27:00)

*Stress, which also increases DNA aging, can be managed and reduced with meditation, limiting social media, and general perspective.

Chris Mirabile is no stranger to stress and challenges in life, yet he is living proof that the bottom line of aging seems to be in our hands…or at least within our reach.