So how do you get the right amount of antioxidants?

If you don’t know much about glutathione, you’ve been seriously missing out. But don’t worry yet. We have all of the information you need on why it matters so much, our favorite glutathione supplement, its natural sources and all of its many health benefits.

Glutathione is one of the most celebrated supplements in the world of healthy living. It can boost brain, heart, liver and metabolism functions, but it doesn’t stop there. Even healthcare professionals can’t get enough.

Glutathione, or GSH, is the most potent antioxidant in your body. It fights against oxidative stress and eliminates free radicals.

So why are free radicals so harmful? They damage your body and lend a hand in health problems like cancer, heart and eye disease and inflammation.

Glutathione is a tripeptide. That means it is composed of three different amino acids:

When all three work together, the resultant glutathione has a powerhouse effect on your body. It detoxifies harmful drugs and heavy metals. It also works as a barrier to disease, illness and all of the side effects that come with them.

Glutathione not only combats all of these scary health issues and promotes a better lifestyle. It also might reverse the aging process and lengthen your life in general.

So your body already has glutathione. But you need to boost it for all of its benefits. How do you do that? Read on for more. 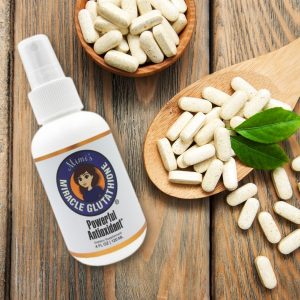 What is a Good Source of Glutathione?

There are some glutathione foods that boost your levels. These foods have sulfur in them, which you need to synthesize glutathione.

You will find the highest levels in meat proteins like beef, fish and poultry. If you stick to a plant-based diet, though, this isn’t an option.

You can also get glutathione from cruciferous vegetables like broccoli, cauliflower and some other leafy greens. Garlic and other allium vegetables such as shallots and onions are some other choices.

However, the best source of glutathione is in a glutathione supplement. This is especially beneficial to vegetarians, vegans and those who don’t like all of those sulfur-rich vegetables.

A glutathione IV, glutathione injection or GSH supplement suggest boosted levels, too. There are other supplements like selenium, alpha-lipoic acid and cysteine that could do the same.

But our favorite glutathione supplement is Mimi’s Miracle Glutathione (Spray) from Dirobi. More on that later.

What are the Benefits of Glutathione?

Now you know the basics. But glutathione has so many health benefits, we specifically outline some more of them below.

Here are 12 glutathione benefits. After you read through these, you’ll see how much glutathione matters. You’ll also understand why a glutathione supplement could be a great choice for your individual health journey.

Earlier, we talked about why you need healthy antioxidant activity.

Oxidative stress could cause tissue damage if you have diabetes. It also contributes to brain damage, cancer, inflammation and more.

This is where glutathione comes in. As an antioxidant, it reduces oxidative stress levels and rejuvenates other antioxidants. These include Vitamins C and E. This means that it boosts antioxidant defenses as a whole, since you need more than one element to do so.

This antioxidant activity prevents and reduces symptoms of chronic illnesses.

Studies show that glutathione addresses both the pathogenic and preventative aspects of cancer.

It destroys and detoxifies carcinogens, which are cancer-causing toxins.

WebMD cites a study on women with ovarian cancer who went through chemotherapy treatment. A group of them took glutathione IVs. This group of women experienced less chemotherapy side effects and higher survival rates.

You can inherit liver disease or develop it over time due to weight management issues, alcoholism or viruses.

Liver disease can also scar your tissue, which is also called cirrhosis. It can then lead to liver failure. If you treat it early or use preventative measures, though, you could reverse cell damage from liver disease and stop its progression.

Glutathione detoxes the liver. A glutathione supplement might be the right choice if you are at risk for liver disease.

Insulin sensitivity is common in AIDS and diabetic patients. It is also seen in other autoimmune disorders.

For example, as you age with AIDS, your body produces less natural glutathione. This results in an even weaker immune system and decreased insulin sensitivity.

High blood sugar is related to low glutathione levels. When you increase glutathione, though, you can prevent these issues and even reduce them.

Your brain steadily produces reactive oxygen species. Your brain thus has to detox them, and you need glutathione to do that.

When you take a glutathione supplement, you combat that oxidative stress. A lot of research also shows that glutathione prevents Parkinson’s and treats the symptoms if you already have the diagnosis.

It is harder for people with autism to produce and retain glutathione.

Autism spectrum disorders, or ASD, is sometimes characterized by:

Scientists and medical professionals are currently researching oral and transdermal glutathione supplements and their benefits for those with autism.

A lot of chronic diseases cause inflammation in your body. But glutathione lowers constant inflammation.

Glutathione deficiency could be the culprit. But when you take glutathione, it blocks inflammatory pathways and increases its levels within your body.

Inflammation is a side effect of many respiratory diseases. Some of these include:

Multiple studies show that if you take glutathione, you can lower inflammation and live a healthier and more comfortable life.

The aging process is multi-faceted. As you age, you experience cognitive issues like memory loss. You also might develop fragile and brittle bones or frequent falls.

But you also see the physical effects of aging, like liver spots on your skin.

Glutathione addresses both. A glutathione supplement could have skin-lightening properties, so it can reverse the skin damage that comes as you get older.

There are many studies that show your glutathione levels wane as you age. For women, this drop starts during menopause and continues.

Gut health is crucial to a healthy lifestyle.

Inflammatory Bowel Disease can cause chronic illnesses like Crohn’s disease, among others.

These gut diseases cannot properly synthesize glutathione. The enzymes that you need to make glutathione don’t work properly. Also, remember that cysteine is one of the amino acids that make up glutathione. IBD patients have less cysteine than people without IBD.

In general, a glutathione supplement could revitalize your gut lining. That leads to a strong and healthy gut.

We mentioned how important glutathione is for insulin sensitivity. It can prevent diabetes in the future.

But did you know that a daily glutathione supplement might limit diabetes progression if you already have a diabetes diagnosis? This is especially true for type 2 diabetes.

The disease causes damaged tissues and cells because of oxidative stress. This is because diabetics have very reduced levels of glutathione.

The American Diabetes Association did a study on 12 type 2 diabetic patients. They gave them a glutathione supplement. The results are clear: they were able to synthesize and retain healthy glutathione levels. They also had much lower levels of oxidative stress.

Addiction comes in many forms. You could be addicted to cocaine, alcohol, amphetamines, nicotine and unhealthy eating behavior.

When you abuse substances, your brain creates more toxic reactive oxygen species. That causes brain damage and a lot of other serious health issues.

But increased glutathione could decrease addictive behaviors and help you on your road to recovery.

A glutathione supplement could detox these toxins from your body. However, it can also reverse addictive thoughts and help you overcome addiction for good.

Long-term addiction can lead to damage of your liver, lungs, heart and brain, to name a few. With glutathione, you reduce oxidative stress in all of those organs and might learn to stay away from harmful substances.

May Improve the Symptoms of Cystic Fibrosis

Cystic fibrosis is currently incurable. But that doesn’t mean you can’t treat its symptoms and live a better-quality life.

It is a genetic disorder that affects your respiratory and digestive systems.

Cystic fibrosis patients have decreased glutathione and increased oxidative stress. But a glutathione supplement could decrease the amount and severity of its symptoms.

We said before that there are ways to increase your glutathione levels. You can do so with glutathione foods or glutathione supplements. Let’s take a look. 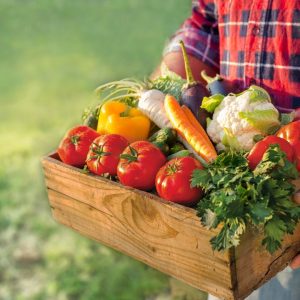 Meat and dairy products are the main sources of glutathione in food. This is not an option for vegetarians and vegans, though.

Some vegetables boost glutathione levels. Here are some examples:

Unfortunately, your body doesn’t absorb glutathione from your diet very well. Glutathione levels from food sources also decrease when you cook them or store them for any period of time.

These foods might decrease oxidative stress, but they don’t have all of the other glutathione benefits.

Some more good news is that there are not a lot of reported glutathione side effects.

Let’s go over some of the most popular glutathione supplements. Keep reading, because the last one is our favorite.

Dirobi has more great supplements to offer, too. They are all specific to your needs. Dirobi knows that your health is a journey, not just a one-and-done step.

You can buy Mimi’s Miracle Glutathione (Spray) individually. You can also buy it in a bundle with other highly-rated daily supplements.