Jeff Chilton could likely be crowned “The King of Mushrooms” in the US. Since 1973 Jeff has been a leader in the US mushroom industry. He was involved in the research and development of shiitake, oyster and enoki mushrooms which resulted in the earliest US fresh shiitake sales in 1978.

In the 1980’s he operated a mushroom spawn business and in 1989 he started Nammex, a business that introduced medicinal mushrooms to the US nutritional supplement industry. Nammex was the first to offer a complete line of Certified Organic mushroom extracts to the US nutritional supplement industry. Nammex extracts are used by many supplement companies and are noted for their high quality based on scientific analysis of the active compounds.

How Jeff Got Started With Mushrooms 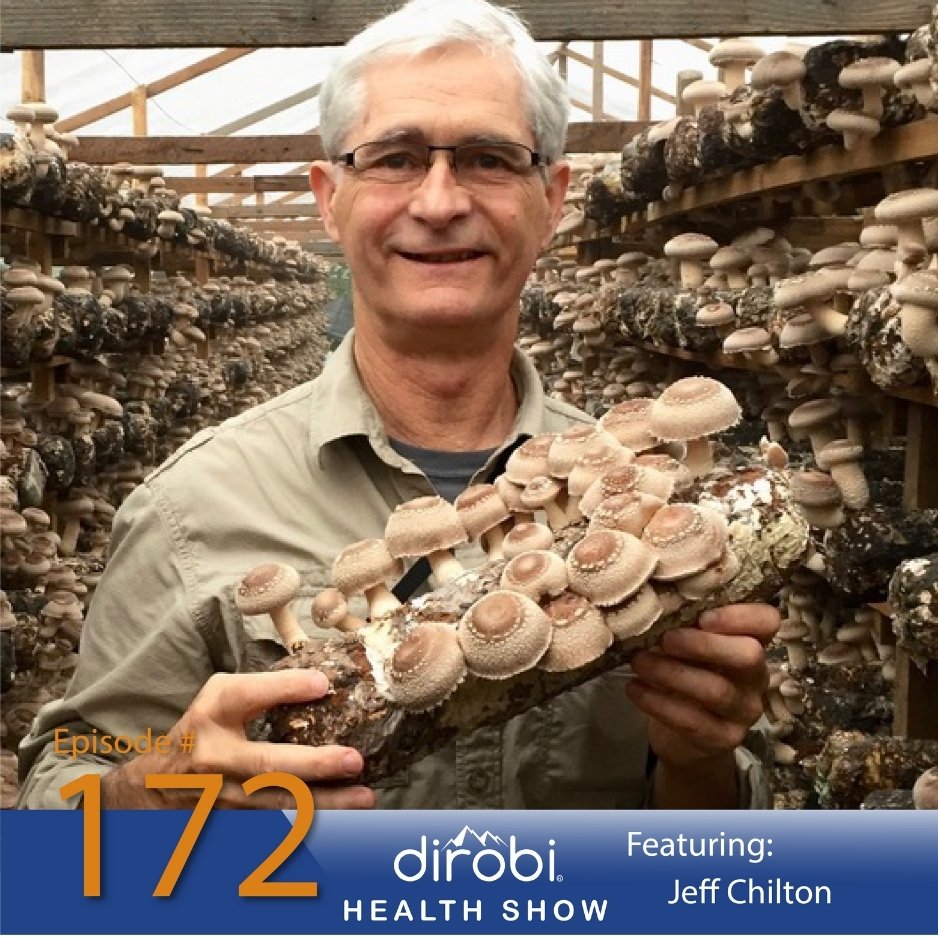 In the pacific northwest we have mushrooms all around us and we have a very good climate for them. In the fall, it’s one of the best places to be for wild mushroom hunting.

I started hunting wild ones as a youngster and in the late 60’s when I was in college, I studied some microbiology and learned a lot about the use of them for food and medicine.

The Nutrition Packed in Mushrooms

I consider mushrooms to be the forgotten food in North America —the missing dietary link. They are a wonderful nutrient packed food. 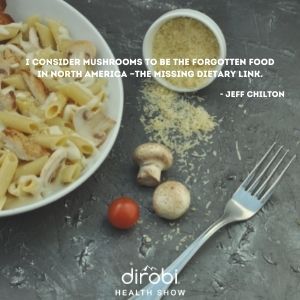 When I started growing them commercially on a very large farm in 1973, classical nutritionists stated that mushrooms were great as a garnish but they had no nutritional value. They said that because they are low in calories. That’s the only reason.

They have high carbs that are slow acting and have good quality protein, fiber, potassium, B1, B2, and B3 vitamins, etc.

I’m always telling people to put mushrooms into their diet.

The interesting thing about mushrooms is that they don’t sleep. They are always growing so they need to be harvested every single day. Every type that you have eaten has been harvested by hand.

It’s an interesting crop and a very nutritional food. If people want to get started and aren’t eating mushrooms now, I always say, “Eat shiitake mushrooms.” It’s one of the best edible mushrooms we have out there.

** Prefer To Watch? Check Out Our Livestream On Using Mushrooms as Medicine with Jeff Chilton Here!**

The agaricus is what is called the button mushroom and is what most people get from the grocery store.

Every species of mushrooms will have a different nutrient profile, though you’re still getting the basic benefits. In all of them there’s a compound called Beta Glucan and it makes up 50% of the cell walls of all mushrooms and that Beta Glucan is what allows them to boost your immune system.

I eat them at least 5 days a week and always have some on hand in my fridge. I do about 200 grams at a sitting.

You should be cooking up at least 5-10 agaricus mushrooms at a sitting. They are very versatile and you can put them in anything.

When you’re eating any food for the first time, don’t eat too much of it. Just start eating them. 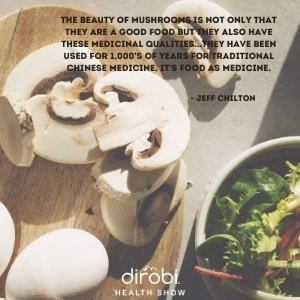 The beauty of mushrooms is not only that they are a good food but they also have these medicinal qualities. They have been used for 1,000’s of years for traditional Chinese medicine. It’s food as medicine.

Mushrooms are free in the forest but because they are poisonous, you do not want to eat a wild one. Some people die from them. You can be taught by experts what is okay to eat but never do it unless you have an expert to confirm.

Consuming Mushrooms as a Supplement

Taking mushrooms is like taking supplements. They do best with consistency like supplements do. They will stimulate the production of immune cells and help you cope with different types of diseases.

***Mimi’s Miracle Tumeric Is A Great Supplement To Reduce Pain, Stiffness, And Inflammation! Get It Or Learn More About It Here.***

Lion’s mane has compounds that help organize neurons and stimulate nerve growth factor. It has effects on memory and cognition. They are looking at Lion’s mane to possibly be used for dementia.

Cordyceps is used for fatigue and energy and Rashi is not to be eaten. It’s like wood but can be made into a tea which is very fast acting. Rashi is really good for the liver and is the king of mushrooms in Asia.

The key to any supplement is to take enough of it. You also have to have a healthy diet and lifestyle though. You have to use mushrooms in a functional way regularly as a preventative.

If you’re not taking mushrooms, you’re missing out. Please put mushrooms in your diet. It’s the forgotten food and the missing dietary link.

Time to Change Your Oil With Dr. Jeff Matheson

A Deep Dive Into Creatine Supplementation with Jose Reyes